The spectacle of signing day has made college football fans around America cognizant of the quality of their football teams recruiting classes. A good class can rejuvenate a down trodden fan base and a disappointing one can put a coach in hot water. While a few of the top athletes have yet to make up their mind, and many 3 stars have yet to find a home, the 4 and 5 star athletes, have, for the most part, put on the hat of their selected college, hoping to lead them to glory. 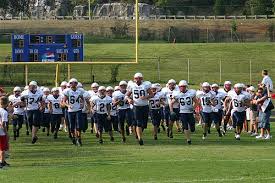 Where will these guys end up?

For donors, and coaches, in state athletes are a very valuable commodity. Not just the in state, run of the mill players—they recruit to try to get the top high school seniors to see the benefit of playing for an in state school. In recent years, many teams such as Ohio State have been largely criticized for failing to make in state 4 and 5 star players come play for the Buckeyes.

So how did the states do in their own game of Mario, collecting the blue chippers? Find out after the jump.

“Still on table” denotes the stars of athletes who have yet to commit.

As you can see, Florida, with teams such as Miami, Florida, and Florida State, vastly outperforms its counterparts when it comes to collecting stars, as its 129 stars are 52 stars better than any other state – it doesn’t hurt having a ton of local talent as their 251 “potential stars” also dwarfs the rest. Mack Brown and the University of Texas, despite an off year on the field, still did remarkably well, only competing with Baylor and Texas Tech and still gaining 61 stars from in state athletes.

These results are only for 4 and 5 star athletes, as many slightly less prestigious football programs are judged on 3 star athletes and only a few 4 and possibly 5 star guys. That being said, it is also interesting to see where these guys come from. Places like Georgia, thought to be a place where the people may want nothing more than to play in Athens, manages only to get less than half of the big time recruits to be a Bulldog. As for a state like Alabama, with two powerhouses in Alabama and Auburn, there is almost no incentive to leave the state for “greener pastures”.

My biggest surprises are:

2)     Les Miles works Louisiana for all it is worth

3)     Minnesota’s one 4 star recruit still picked Minnesota, despite all the problems they have underwent the past year.

4)     California, while prestigious in high school football, had a little bit of a down year for recruiting (compare to last year, where they had 30 4-star players and 2 5 star players, for a total of 130 stars)

The least surprising thing: The amount of talent in the South. It’s no surprise the SEC is so dominant when you look at the quality of the recruits in Florida, Georgia, Louisiana, Alabama and Texas. Conference reshuffling might yield interesting results, and who knows if the BCS will still be around when these guys are Juniors and Seniors, but if they keep recruiting the way they do, I wouldn’t be surprised to see the SEC’s era of dominance continue a little longer.

This entry was posted in NCAA Football. Bookmark the permalink.